A powerful and visual programming environment

For this project I had the opportunity to work in a a group of three to build something unique and interactive. Our task was to improve project 2 (SPECTRUM) by adding an additional sensor or functionality to enhance the user experience. Although this was an option, as a group we were eager to explore Derivatives software TouchDesigner, and projection mapping tools.

We are utilizing this project as an opportunity to learn a new software’s capabilities when creating an engaging experience. 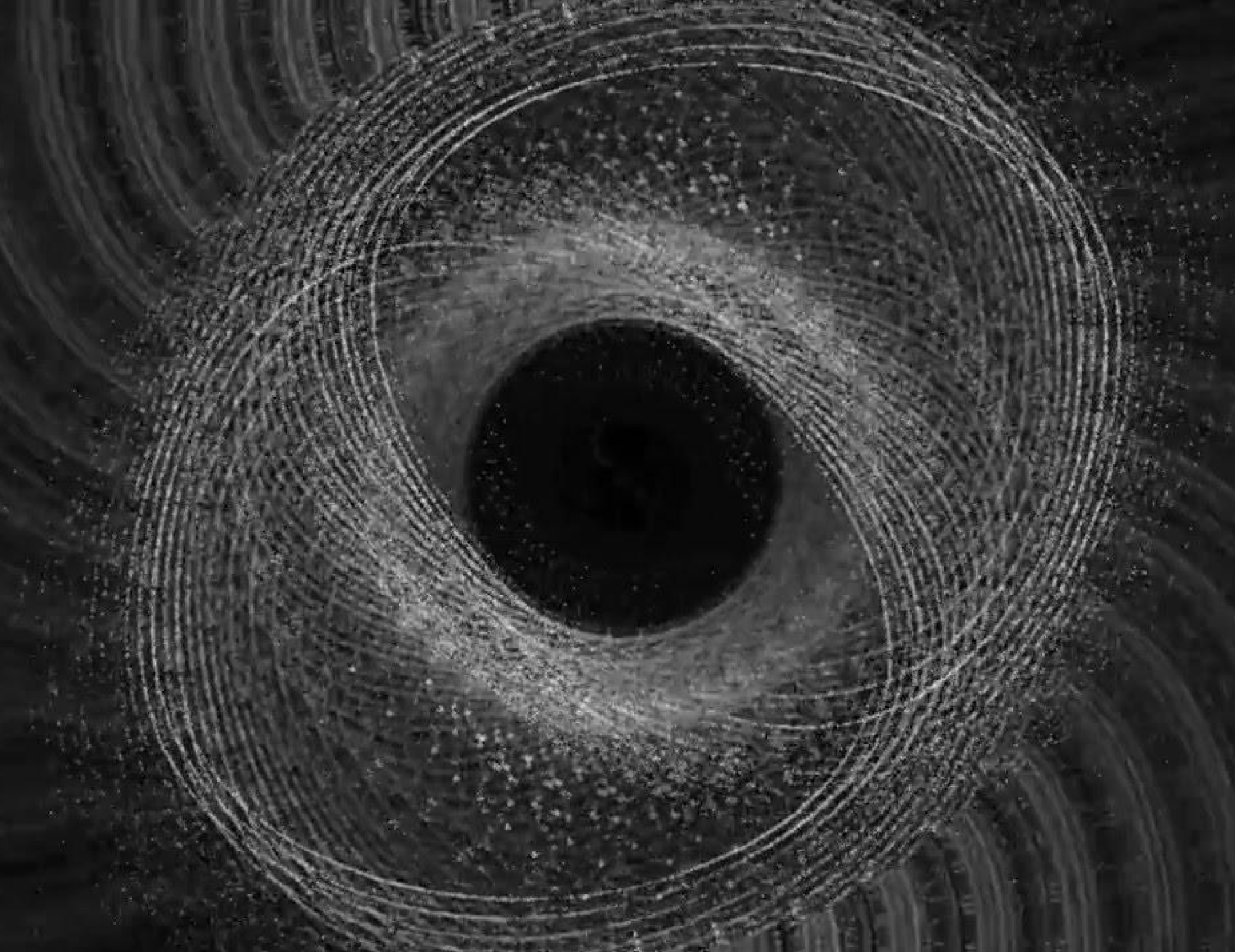 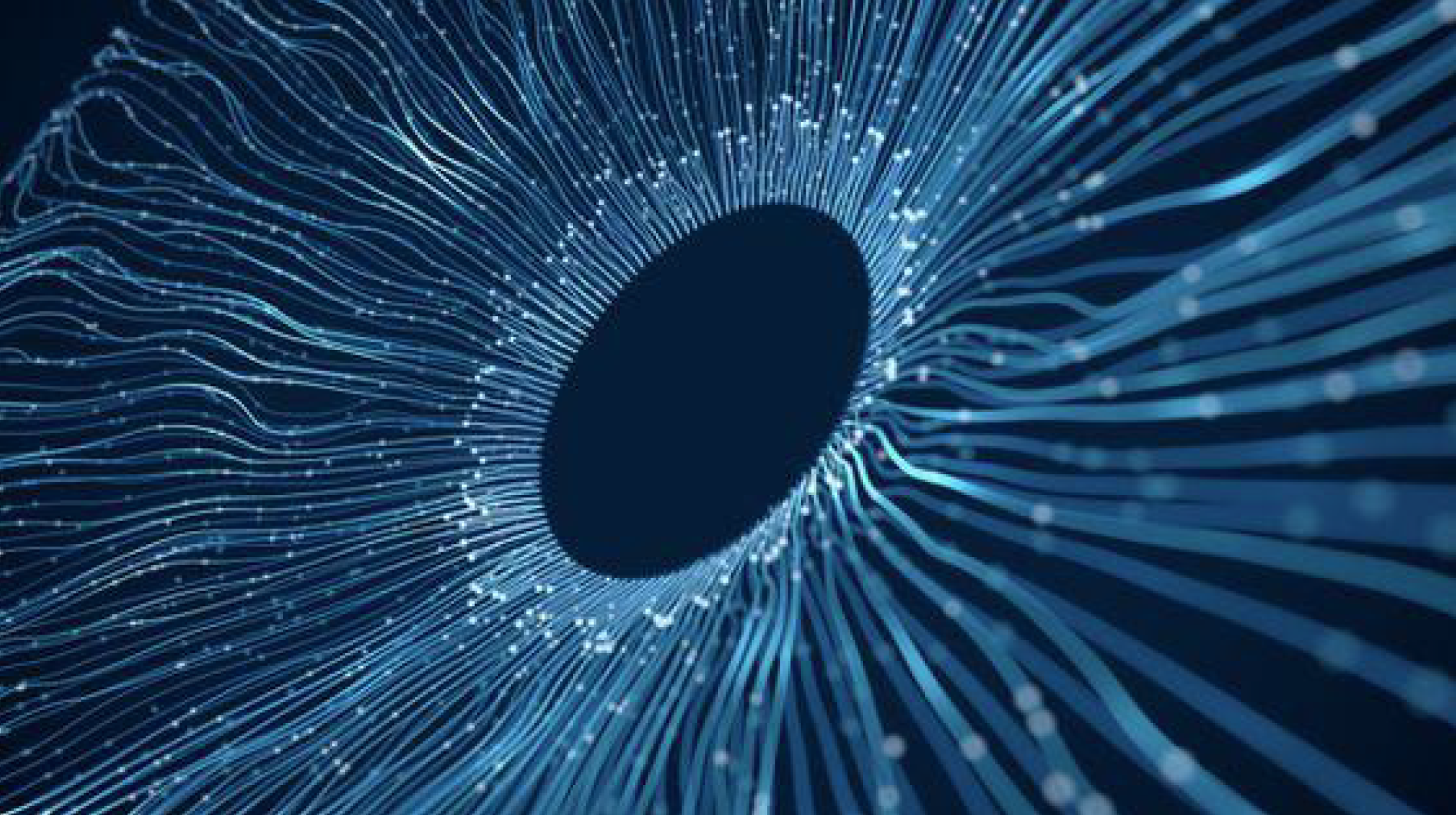 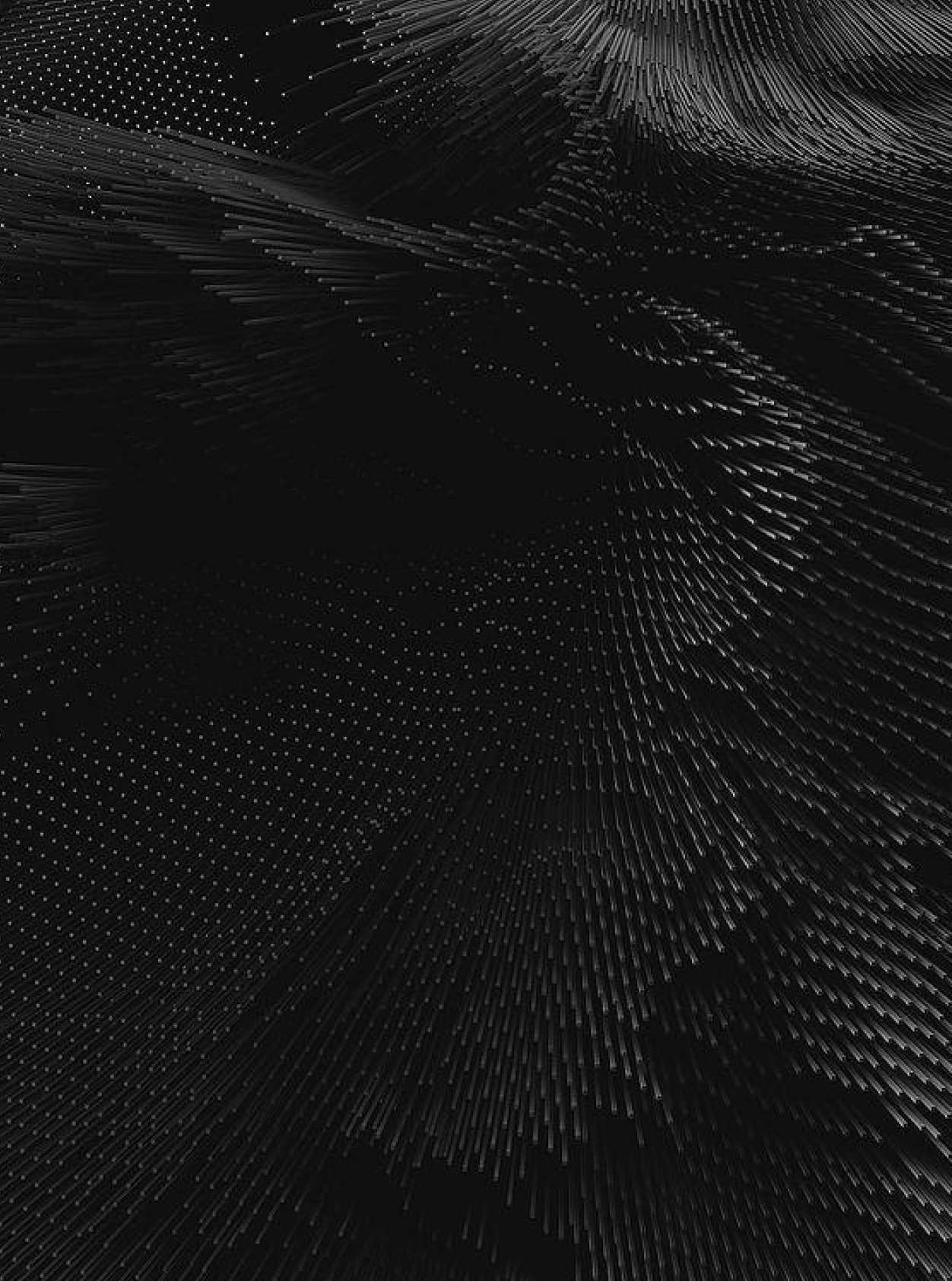 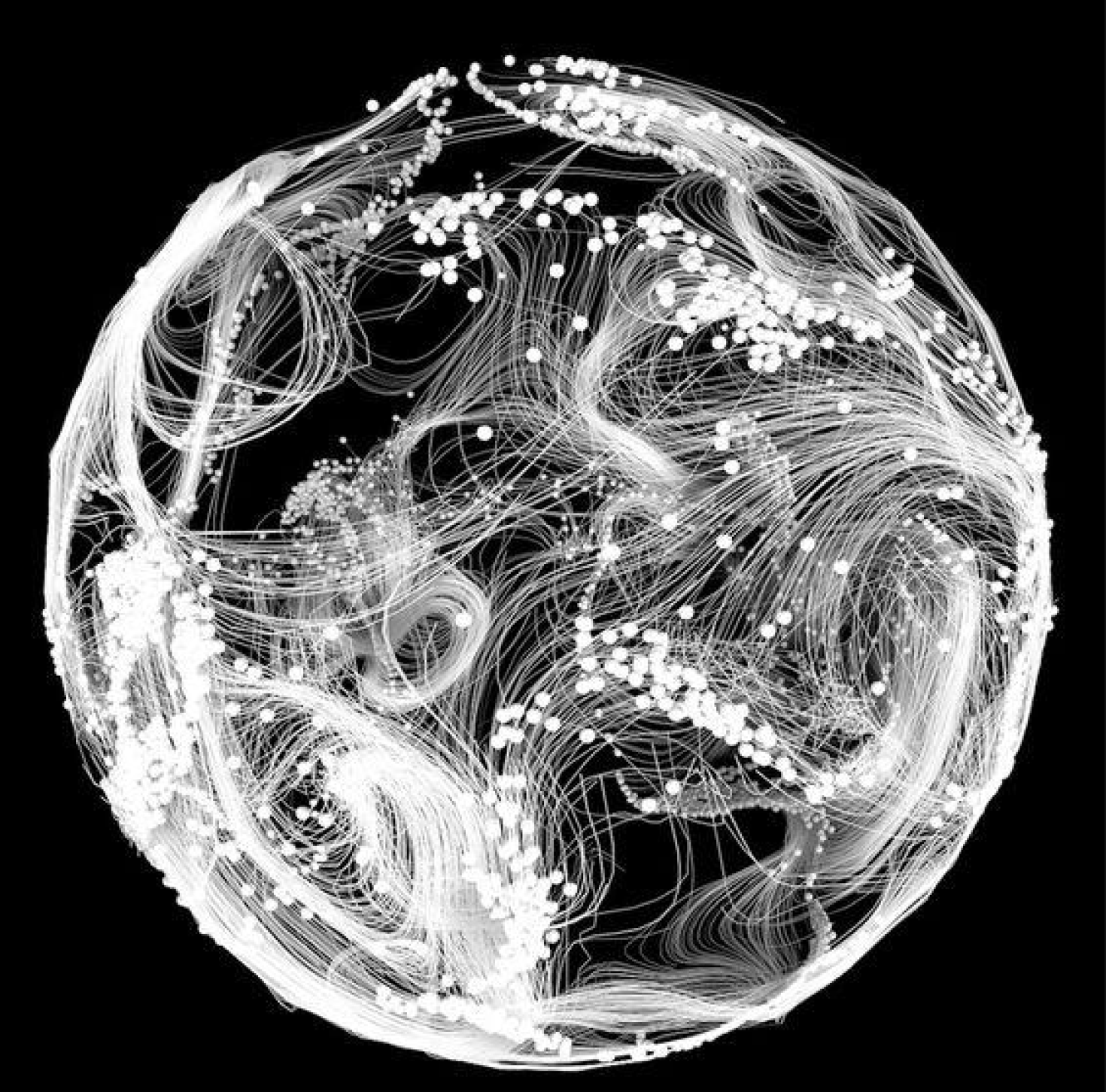 For this experiment, we tried to move particle using Kinect. However, there are multiple errors with the Kinect connection and program itself. One of our big error was the “CHOP Kinect” could not link the “TOP_Kinect” and we could not figure out the problem so  we could not continue with the experiment. I would like to explore the Kinect further in the future, there seems to be endless possibilities in terms of user interaction and experience using this engaging tool.

For our first prototype we were able to create a non-interactive particle simulation. After creating this our next step would be to connect a sensor of some sort to make the simulation interactive.

We found this interaction to lack the sense of control since it is so chaotic and moves very quickly.

In our third prototype we were able to give the user much more control over the movement of the particles. This control will help to create satisfaction and greater interaction between the user and the installation.

When the user moves their hand farther away from the sensor, the particles begin to morph into a square grid.

Our fourth example is very similar to the third, however we changed the shape to a circle. We preferred the contrast of order and chaos in this example. 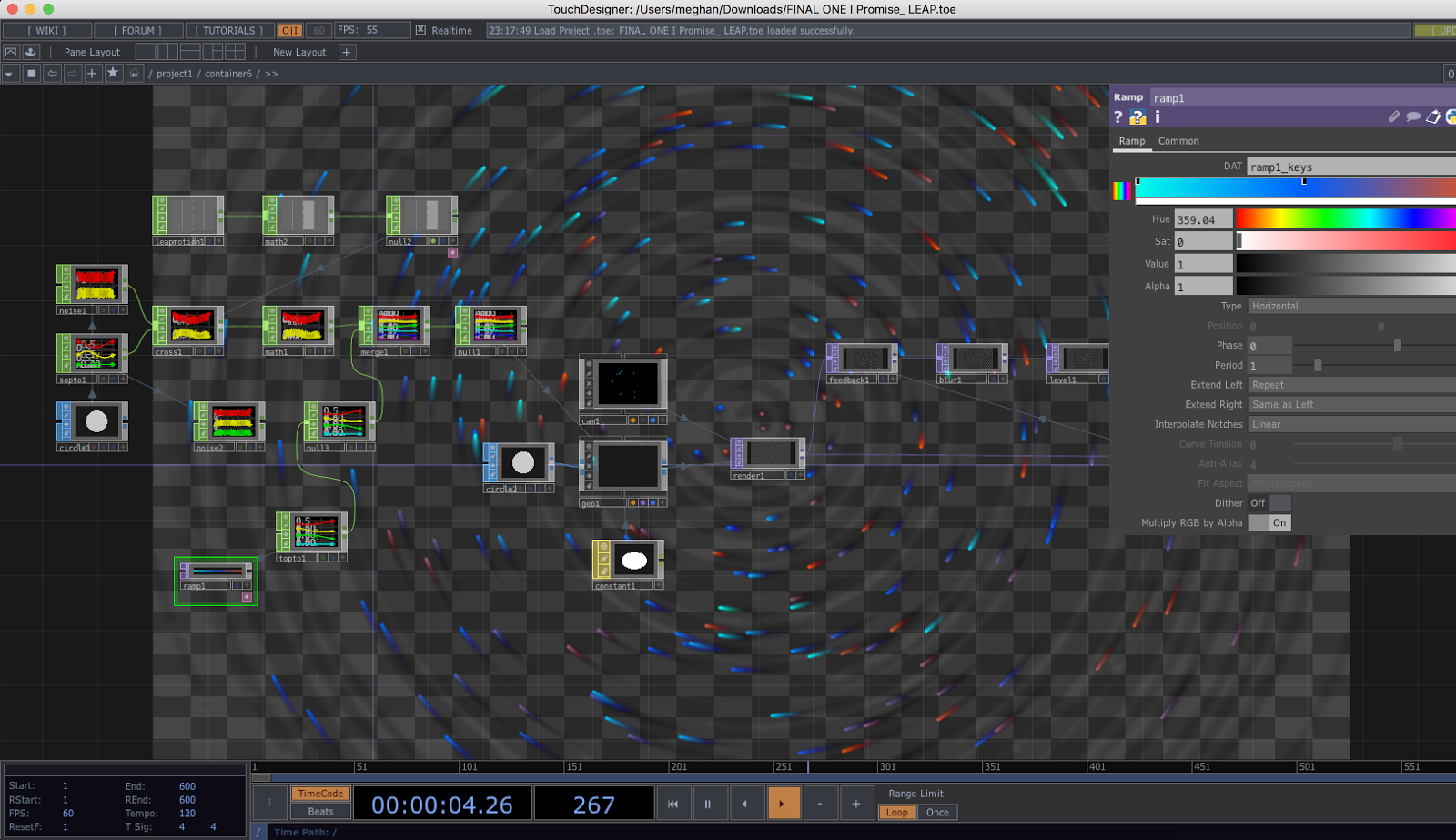 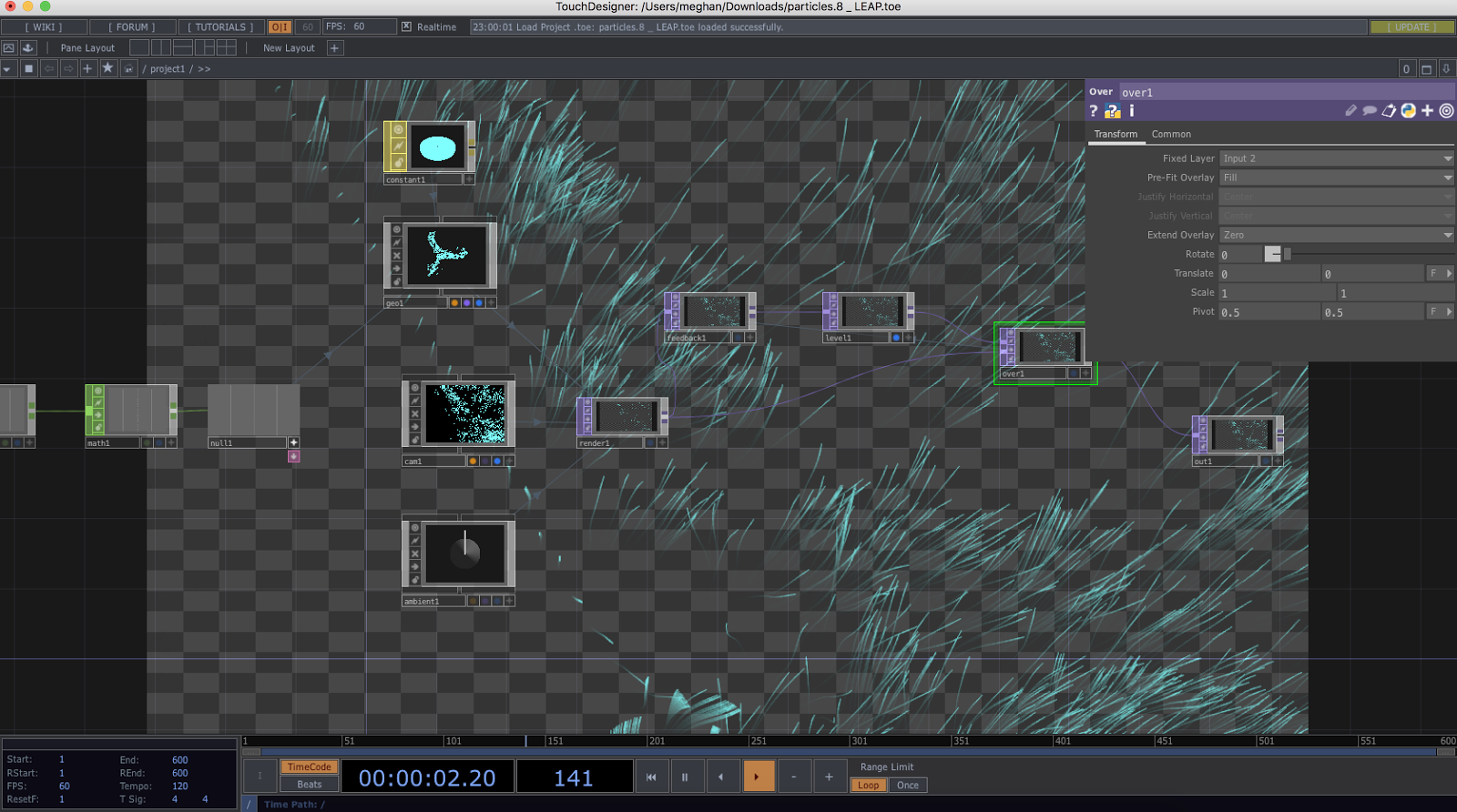 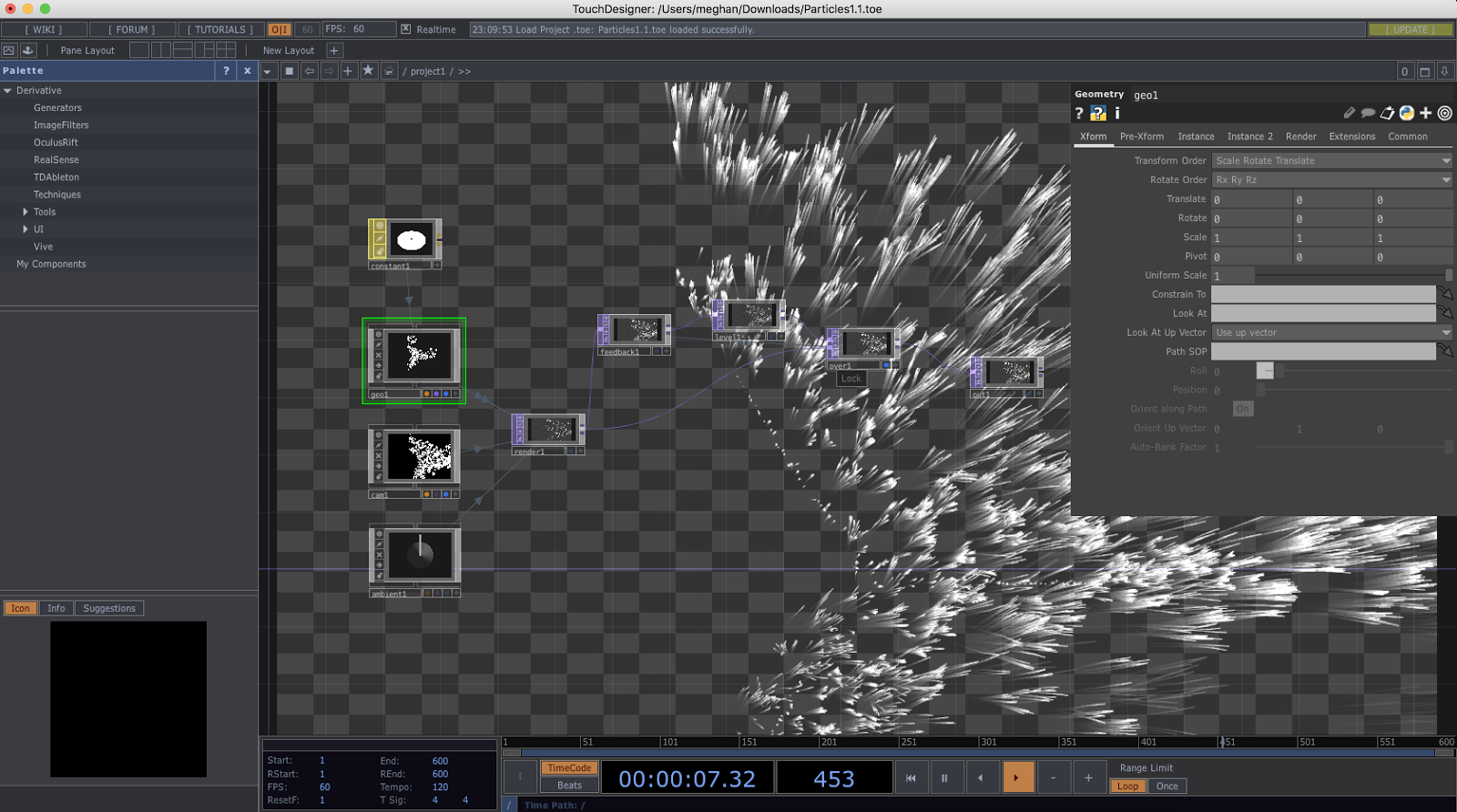 Utilizing touch designer has opened so many doors for us as a group. With it’s very visual development platform it’s truly a one of a kind program with endless possibilities and amazing real time rendering capabilities.

After watching several tutorial on Lynda.com and youtube, we now have a better understanding of the dynamics of the software. We now feel a little more comfortable using the program

In the future we would like to explore the projection mapping options in the software. We can take Kantan Mapper and project on some sort of sphere. Our fourth iteration was developed around the idea of creating a large-scale installation based around the concept of galaxies. The concept is to project the experience inside of a white a spherical pod, that lives in a gallery setting, in a completely white room.

One by one visitors can enter the pod and become immersed within our interactive galaxy. The installation is intended to make them feel as though they are floating in the chaos of space. The individuals are able to control how the particles move using a leap motion that is set on a podium in the middle of the pod. We would love to have the users presence and movements also affect the colour of the particles and sound effects for the future installation. In addition to these additions, we would like the floor to move with the person’s movements and it will cause the video to speed up, which creates the illusion of flying through space, creating a 4D experience.

By building a small structure for the installation to live in helps us to control the intended experience and also creates a more dramatic and saturated effect.